The ONE Thing I Did to Have My Best Year Yet 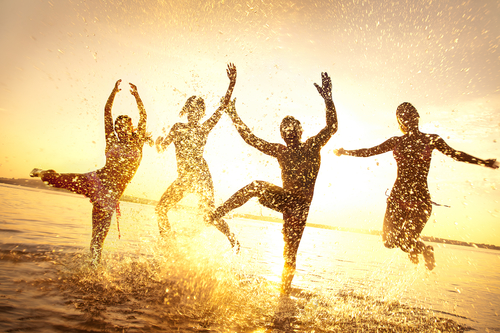 I’ve had the most extraordinary year of my life.

It’s all because I made two decisions.

In November of 2016 I decided to stop allowing money to make my decisions.  That if I truly wanted something, I was not going to allow finances to stop me from having it.

I made the second decision in January  2017 that I was not going to do anything out of obligation again.  If I couldn’t do something with love, then I wouldn’t do it at all.  Seriously, I wouldn’t want ANYONE to do something with me or for me because they felt they HAD to.  So I imagined that other’s felt the same way.  It was really a decision to behave as if my happiness mattered.

Making these two decisions required that I behave in completely different ways than I ever had.

For my entire life,  I had not hired people, bought things, or gone places because of the price tag.  In 2017, I  simply asked myself, “Do I really want that experience or that thing?”

If the answer was yes, then no matter the price, I went for it and I figured out how to pay for it.

I stopped allowing money to tell me no.  I started saying YES to me…then going to the effort to make it happen.

Secondly, I stopped saying YES to other people.   If I was asked to do something or go somewhere if I wasn’t completely excited about it then I said no.

One thing I want you to know…is that every single time I took new action…I was filled with fear.

Saying YES to me and NO to others was a whole new experience for me.

And it scared me.

But check out what I’ve done this year by feeling the fear and doing it anyway:

And here’s the thing.  I didn’t do it perfectly!  Sometimes I fell into old behaviors and did stuff I didn’t want to do.  But still!  Look at those results…and I still have two more months!

Here’s what else:  I didn’t do it alone.

I could not have done it alone.

It’s human nature to fall back into old patterns.  To allow fear to win.  And the reality is that we can fall back into old behaviors and not even know it.  That’s why you need a coach, a mentor, to support you through the fear, to open your eyes to your patterns and remind you why you’ve made those decisions.

What do you want to create in your life?

Contact me at Michelle@AthenaRisingNow.com and we can schedule your complimentary strategy call!